The Military’s Approach to Sexual Assault: A Call For Change

The Case of Vanessa Guillen

Vanessa Guillen was last seen on April 22nd, 2020 after confiding in her family about being sexually harassed by a higher ranking officer. Two months later, the Army’s investigation of her disappearance was concluded: her body was discovered and identified in late June. Guillen was murdered by Specialist Aaron Robinson, a Fort Hood soldier who, according to her family, was the soldier that she had planned to file a report of sexual harassment against. Her case was completely mishandled by the military’s chain of command, as they neglected to take action and rule that foul play was involved in her disappearance until two months after her death. Additionally, the military’s system failed to protect Guillen by perpetuating a culture where she worried the harassment she experienced wouldn’t be taken seriously, as her mother has come forward about her hesitation to report it. The allegations of sexual harassment that Guillen reluctantly planned to report in the days leading up to her disappearance and the delayed conclusion of her case point towards a narrative that is much too common in the military: mishandled sexual assault cases and a culture of victim-shaming and relation.

Vanessa’s story has prompted hundreds of other women to come forward and share their accounts of the injustices they faced at the hands of the military’s sexual misconduct procedures. Their experiences illustrate how the military’s system of handling sexual assault cases within their own ranks creates a hostile and demeaning culture for victims, as evidenced by the hundreds of women whose cases never even make it to trial. Ashely Martinez, a former army specialist, shared her story on Twitter as news of the Army’s neglectful behavior came under fire. When she was raped by a fellow soldier, her superiors tried extensively to discredit and disprove her story, and she eventually withdrew her case and resigned from the army. Even when cases are tried, very few result in convictions, leaving victims with the impression that reporting an assault is almost not worth the retaliation and treatment that they will face, as former army colonel and sexual assault survivor Kathryn Spletstoser told ABC News, “It basically tells sexual assault survivors, ‘Don’t bother to report. You won’t be taken seriously, and we’ll give your attacker a promotion.”

While most crimes are typically tried in civilian court, the military is an exception to this rule: their system entails reporting harassment and assault to designated “victim’s advocates”, and punishing the accused as they see fit. The precedent for their methods was recognized by the Supreme Court in the case of Parker v. Levy, as they acknowledged that the military is its own isolated society and therefore has its own laws and traditions, and that absolute respect for and deference to military authorities is critical for maintaining discipline and order. However, this system eliminates a victim’s right to an impartial judgement; giving military authorities absolute power over sexual assault cases leaves the fate of victims in the hands of their accuser’s colleagues and friends.

The Numbers Reveal a Devastating Reality

Statistics demonstrate a culture of rampant sexual assault that the military’s current policies enable. In 2018, 20,500 service members were raped or sexually assaulted, among them 13,000 women. Yet in spite of the rising cases of assault, conviction and reporting rates have plummeted in recent years, with only 7% of these cases making it to trial, and only 3% of them resulting in convictions. The military’s hostile and indifferent attitude towards victims discourages many from reporting what they’ve endured, with over 76% of victims choosing not to report their assault, and up to  ¼ of those victims making that decision out of fear of relation. In addition to not protecting victims, the military has also been known to discriminate against them, as over ⅓ of sexual assault victims are discharged without honorable conditions within seven months of filing a report. The military’s current system creates an environment that enables widespread sexual assault, and it leaves victims with no one to turn to other than the colleagues and friends of their rapists.

As Vanessa Guillen’s case began to shed light on the military’s neglectful treatment, hundreds of veterans have started to take action and call for change. Brave women, such as veterans Larissa Martinez and Lucy del Gaudio, have organized massive rallies and told their stories before Congress on behalf of the thousands of victims who have been marginalized by their commanders and never received proper justice. In light of this outpouring of support, as well as  the Guillen family’s plea for federal legislation, California Congresswoman Jackie Speier has proposed a bill that would redefine how the military approaches sexual harassment and assault cases. The bill is entitled #IAmVanessaGuillen after the Twitter hashtag that has provided hundreds of survivors with a platform to share their story, and would replace the military’s current system of reporting an assault to an officer within the victim’s chain of command by creating a neutral third-party agency to which victims would be free to report any instances of misconduct. This bill, which would serve as a legacy for Vanessa Guillen, perfectly exemplifies the impact that effective advocacy can have. What began as a Twitter hashtag has become legislation that could protect thousands of soldiers because of public outcry and a rallying cry for change. The effect that our support can have charges us with the responsibility of taking steps to correct injustice when we see it: write to your representatives about issues that you’re passionate about, give others a platform to share their stories and support them if they choose to, and exercise your first amendment right to peacefully assemble. Our voices can have an impact, and this major step in righting the injustice that our soldiers have been forced to endure emphasizes the importance of using them.

Disclaimer: The views and opinions expressed in this article are those of the author and/or student and do not necessarily reflect the official policy or position of United 4 Social Change Inc., its board members, or officers.
Tags:Armyculturehuman rightsmilitarySexual assault

Are There More Pros or Cons to Online Learning?

Samantha Kanner is a rising high school junior. She writes for her school’s STEM journal, is an active member of the mock trial team, participates in various engineering programs, and spends her spare time reading anything and everything. 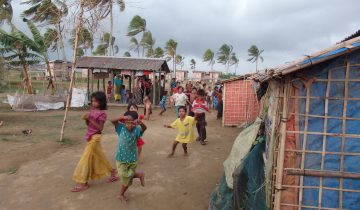