When victims turn in their report to the police about the assault, it frequently does not goes their way. There was a case in 2019 where a woman in Minnesota met a guy at a party. Then she had a lot to drink, so the guy took her to his house with his friend, where the assault happened. The jury charged him with sexual assault, but it was sadly overturned because the victim gave the assaulter consent to give her alcohol and drugs. It’s unfair because she was drunk and wasn’t able to give consent when it happened. The victim getting drunk is not a good excuse for the court to overturn the case; the person should’ve been found guilty. The victim will have trauma for the rest of her life, knowing her assaulter got free from the charges.

Why No One Takes Sexual Assault Seriously

Sexual assault has been increasing throughout the years, especially in the U.S. military. It has been known for years that there’s a lot of cases of sexual assault occurring in the military. When it happens, they try to cover it up by saving the assaulter and basically lying to the family of the victim about what happened. Sometimes, the assault leads to murder, leaving families devastated and wanting justice for their child’s death. In Wisconsin, there were many sexual assault cases that were never dealt with, proving that they never cared for it until 2019. It took years for the military to finally take action to what has been happening. A General from WCMJ had to finally take action on one sexual assault case because of everyone giving criticism about it. Many of the women currently in the military could be in danger, and nobody would do a thing about it because it will only take a response from the public for them to take action.

Just like the case in 2019, the law of how the justice system deals with sexual assault is unfair. When they are reviewing a case that’s about sexual assault, alcohol and taking drugs should not be included in the victim’s case because sexual assault should only be about how the victim didn’t agree to have sex. There should be a law that even though you agreed to drink or take drugs, it doesn’t mean you should be taken advantage of. Bill Cosby was recently taken out of prison for sexual assault, and they overturned his crime. This was trauma to a lot of women since they have to live with what Bill Cosby did for the rest of their lives. It’s a prime example of how if there’s a lack of evidence, they can’t be charged. Many women came out and said Bill Cosby did this, but it didn’t matter at all; even Bill Cosby took years to finally be charged with the crime. Even though he finally got charged, he got a chance to get out and overturn everything after almost 60 accusers came out and said what he said. Now that he’s out, it shows more of people thinking the victims didn’t tell the truth about what Bill Cosby has done since his career, and it gives more of his female victims more trauma because instead of him in jail, he’s out free, not getting punishment for what he has done.

Celebrities Who Are Sex Offenders

When it comes to celebrities, many people at first don’t believe in the victim, or it takes years for them to be caught by the law. Donald Trump had a few women accuse him of sexual assault (that happened before he was president) since his presidency, and he hasn’t even been convicted yet for years now. Two women came out and said he did sexually assault them, and he denied the allegations, acting like he doesn’t know them. Since he was president back in 2017, he felt immune to being charged with sexual assault. Since he’s out of office now, he should be dealing with the charges now, and hopefully, it gets him arrested and put into jail. Another celebrity is R. Kelly; even though he’s in prison right now for his crimes against women, it took over 10 years to finally be convicted of his crime. R. Kelly was even first accused in the early 2000s but sadly wasn’t found guilty at that time. He spent years taking advantage of underage women. Then the documentary about R. Kelly’s crimes came out, and now people were against him in 2017 but weren’t in the early 2000s. Also, it was the same thing with Bill Cosby, taking years for him to be convicted. Then when he was, he was set free. Still to this day, anytime when someone accuses a celebrity of sexual assault, people don’t really believe the victim and think they just want to be famous.

Sexual assault will continue to happen, but there can be ways to decrease the cases of sexual assault. Congress can pass a bill sentencing sexual assaulters in the military or anywhere in the U.S. to a deserved 8-10 years in prison, so they can understand how wrong it is to touch someone without consent. There are also organizations (example: RAINN, National Sexual Violence Resource Center, etc.) for people who are victims of sexual assault, and these organizations can let the victims know that they are on their side and give their full support. Congress should also not allow alcohol and taking drugs as a way to free the assaulter because they still did it anyway regardless of them drinking and taking drugs because they were partying. A woman should be able to get drunk, but if she’s not conscious enough to give consent, then it has to be ruled as sexual assault or rape. Men or women shouldn’t be allowed to sexually assault anyone who’s not conscious enough to give consent; if they add that to an anti-sexual assault bill, it will put more sex offenders in prison than letting them go free. It’s important to give the victims of sexual assault justice and make them feel better that the assaulter is going to jail.

Disclaimer: The views and opinions expressed in this article are those of the author and/or student and do not necessarily reflect the official policy or position of United 4 Social Change Inc., its board members, or officers.
Tags:Celebritiesconsentcorruptiongender inequalityjustice systemmilitarySexual assaultvictims

I'm currently attending SUNY Plattsburgh and I'm interested in becoming either a Mathematics major or Computer Science major. I'm a shy person. I love using technology ex: video games, coding, etc. I like doing math since it's a subject I've been good at for a while. I also like the idea of working with kids and helping people in need too. 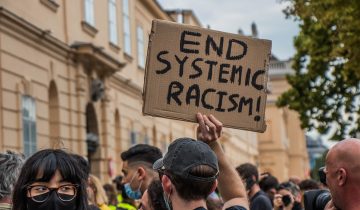