While many think that homelessness is rooted in modern-day problems, it commenced in America during the dawn of our new world. We can trace homelessness back to Colonial day America where beggars and outcasts were commonly found on the side of the road. Wars and revolutions then transpired, only causing the rates of homelessness to take off. Homes and shelters were threatened, and by the mid-1800s, homelessness was more prevalent than ever before. As time continued, this issue practically became normalized. Citizens wouldn’t blink an eye at a homeless person seeking shelter wherever they could find. Though plenty of organizations attempted to combat this issue, they struggled without government funding. Now in modern-day America, 580,466 people experience homelessness in a single night. While homelessness is an issue within itself, the effects that various weather conditions have on people without homes are dangerous and disconcerting. Extreme weather conditions continue to affect the homeless daily and cause a multitude of injuries and deaths. Though some believe that homeless people deserve their circumstances due to their own decisions, as a nation, we must work diligently to end homelessness because it not only advances health, but it reduces healthcare costs as well. By creating sufficient housing and increasing employment opportunities, especially during extreme weather conditions, we can combat this issue.

Weather vs. the Homeless

Staying cool in times of extreme heat is simple for the average person. Turn up the AC, jump in the pool, take a cool shower. Too cold? Turn the heat on, lay under numerous blankets, and drink a warm drink. But what do all of these things require? Shelter, safety, and the ability to use everyday things that may seem simple or even unimportant to you. Homeless people in America severely struggle during times of extreme heat and cold. Currently on the west coast the temperature is rising to significant degrees. 90s, 100s, and 110s are all numbers being shown on the forecast. Specifically in Seattle, the homeless are finding times where there isn’t a light at the end of the tunnel, and the heat is becoming unbearable. Sydney Brownstone of the Seattle Times enumerates, “Those who have dealt with chronic homelessness often have disabilities that become potentially deadly in extreme heat.” Brownstone and Sophia, a woman facing homelessness in Downtown Seattle, continue to describe how ill-prepared the city really is for times of extreme heat, and the solutions they are attempting are unsuitable for this particular situation.

If we switch to the other side of the country, we can see Hurricane Elsa taking the east coast by storm, including severe rain and overall cold, wet weather. Lynette Cusack of PubMed explains that the homeless see extreme health impacts from cold weather. Cold weather has been proven to adversely affect the immune system by making it more difficult to combat infections. Although these are two entirely different types of weather, they share a common effect: injury. Extreme weather conditions are lethal to the homeless population, and we must take sufficient measures to prevent further deaths and harm from transpiring.

Homelessness is not just a temporary problem we can simply push to the side. It is a long-term issue that has and will continue to affect generations of citizens. Therefore, by working hard to put an end to this issue, not only will national health improve, but the cost of healthcare for the homeless, along with taxpayer dollars, will reduce incredibly. This, along with the fact that hundreds of thousands of lives will be saved, should be reason enough. An AH&DB article by Daniel G. Garrett provides the point that on average, a homeless person spends about $18,500 on medical expenses annually. This is extremely expensive for those who work a general 9-5 corporate job; now try giving those expenses to someone struggling to provide themselves with shelter and support. However, implementing sufficient housing and help to the homeless isn’t only benefiting them. Garrett continues to clarify that this act will save taxpayer money through reducing healthcare costs by 59%. Because we are helping the homeless to regain stability as well as produce job opportunities, medical costs will begin to be covered; therefore less taxpayer money is being used to cover hospital visits by the homeless. This point is not only looked at positively through a fiscal stance, but from a health and well-being viewpoint as well. By creating more affordable housing for the homeless, we will see an influx of healthy people; it’s that simple. A similar article explains that housing and health are closely related, as “selected housing interventions for low-income people have been found to improve health outcomes and decrease health care costs.” Moving the homeless into houses results in cleaner streets, which aids in decreasing the spread of disease. Contagious viruses are easily spread through the streets, and by administering houses and shelter, we can protect all citizens so that less are vulnerable to viruses and illnesses. Providing substantial homes for the homeless is beneficial to all people because the human population relies on each other to exist. Whether this be through helping each other or maintaining places to be to ensure the safety and health of all citizens, putting an end to this issue will save lives and assure the stability of our fiscal healthcare system.

It isn’t rare for the general public to make assumptions about the homeless. Nine times out of ten, these suppositions are negative and degrading. This mindset is extremely harmful for not only the person holding these beliefs, but those around them as well. This dangerous psyche creates a person who isn’t encouraged to address homelessness and the issues surrounding it. One of the most common assumptions is that all homeless people are criminals. This couldn’t be further from the truth. In fact, this demographic commits fewer crimes than non-homeless people. A study shows that while homeless people commit 25% of crimes against a person/property, housed people commit 35% of these crimes, meaning the homeless are less likely to commit these infractions. In addition to crime, the general public assumes that untreated mental health issues are a leading cause for this concern. While mental health issues do become a contributing factor to increased homeless rates, other causes are more prevalent. According to the National Law Center on Homelessness and Poverty, the top 3 causes for homelessness are lack of affordable houses, unemployment, and poverty. While these assumptions may seem harmless, this goes back to the point that having this negative mindset against the homeless makes the idea of putting an end to this issue undesirable. Despite the biggest argument that the homeless population put the circumstances they are in onto themselves, evidence shows that the leading causes of homelessness are out of that person’s control. Eric Caine from The Valley Citizen gives us a perspective on homelessness from those who don’t wish to contribute to the effort of ending this issue. One of the biggest reasons is extreme judgement. He explains that many people think that the homeless are unworthy of help due to the past decisions they have made in life. These assumptions continue to deviate from reality. Factors such as domestic violence and racial inequality play significant parts in creating homelessness, both of which are out of the victims’ control. So while people may think that the homeless make choices that lead them to their fate, they are many times alienated and abused. Homelessness isn’t a choice; it is an outcome.

To combat homelessness at its forefront, we must begin with education. A social media poll conducted on July 11th, 2021 proposed a question asking a diverse group of high-schoolers if they believed they knew a lot about homelessness in America. 70 out of 84 people responded, saying no. How can we tackle this prominent issue if people are not aware of the issue itself along with its variables? This means that step number 1 is education. Refer to my previous work for methods and reasonings on educating youth about social issues today.

Now, we must ask the homeless population for feedback on what is currently being done and how to shape current solutions to better support the homeless. Many homeless people have stated that while some service providers attempt measures to support the homeless, they don’t always effectively help. Federal housing programs such as Section 8 or Housing Choice are currently showing the best results, but can be reformed. It may take the applicant from one to two years to gain access to the Section 8 housing, which is ultimately unacceptable. In order to support homeless people, we must immediately begin implementing affordable, efficient housing in which the homeless population feels comfortable and safe to use. Rapid rehousing shows one of the most promising solutions by helping those struggling to obtain houses quickly while ensuring they will stay housed.

As previously stated, homelessness also commonly stems from financial issues. By creating and promoting substantial income support programs that are beneficial and actually help homeless people to gain control, for example TANF (Temporary Assistance for Needy Families), we can ensure that those without homes have stable income and employment opportunities to help get them back on their feet. Solutions to homelessness may seem tiresome and out of reach, but if we simplify this problem to the root of its cause, we can combat the issue through programs and housing that accurately and efficiently help the homeless. The sooner, the better. As previously stated, extreme weather conditions are affecting this population now, and with rapid rehousing, we can ensure that the homeless are being sheltered before these weather conditions have a chance to really harm the community. We must take measures that are actually helping the homeless during these conditions, not measures that are deemed beneficial by those who have never experienced homelessness. All in all, putting an end to this issue is beneficial for everyone, and if we begin now, a promising future with little to no homelessness is not out of reach.

Disclaimer: The views and opinions expressed in this article are those of the author and/or student and do not necessarily reflect the official policy or position of United 4 Social Change Inc., its board members, or officers.
Tags:covidCOVID-19disasterpreparednesshomelesshomelessnesshomelessness awarenesshurricane elsaweather

Hello:) My name is Ava, I'm 15, a rising-junior and I love to read and write! I play field hockey, track, and swim! I live in Pennsylvania, but hope to live in either New York or Paris after college graduation! 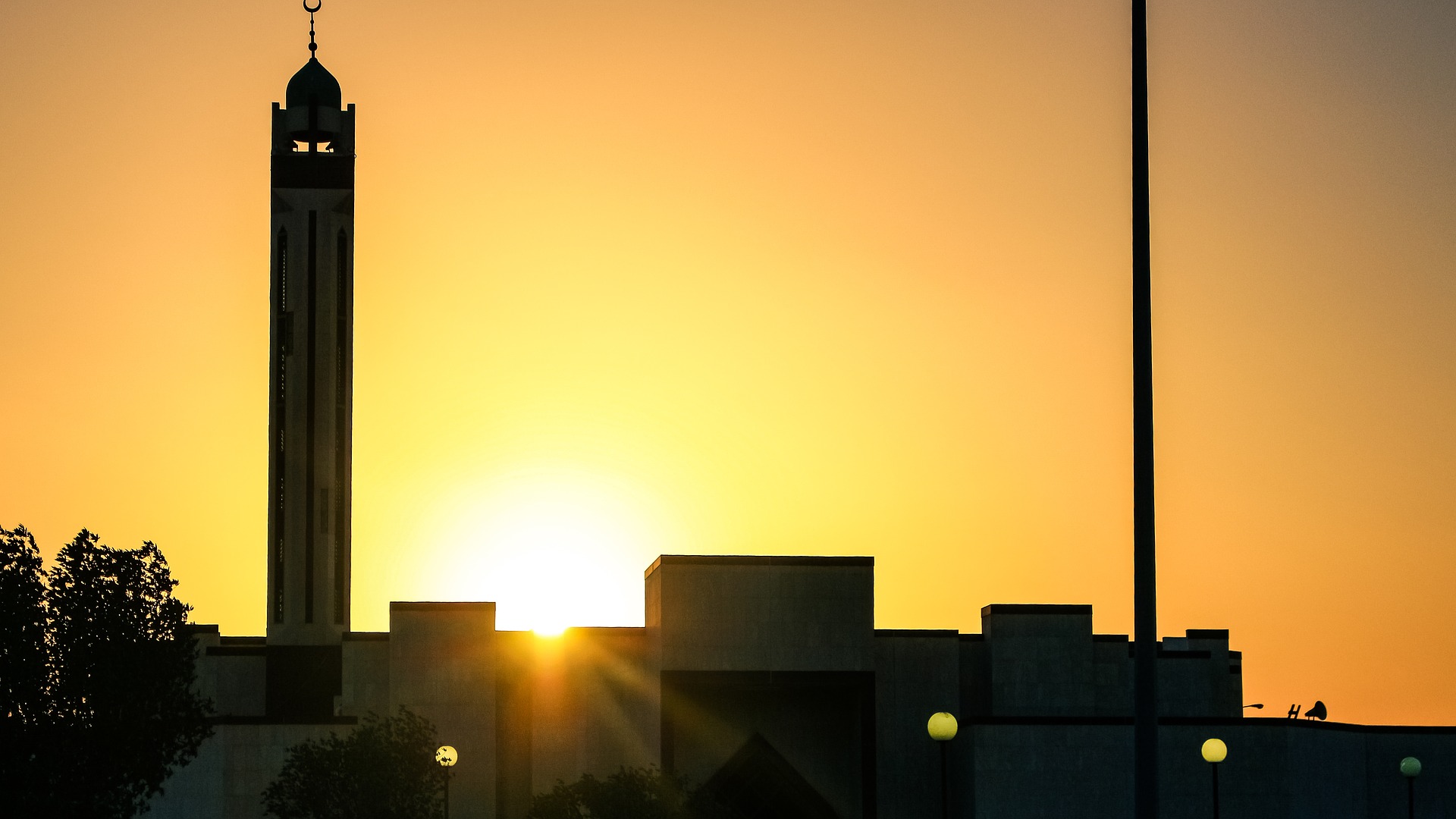