The Critical Race Theory, which has been used by sociologists, focuses on the racism that is embedded in institutions and systems that we as a society participate in. Lately, there has been an uproar about the CRT and whether it should be taught in school; some states have gone through with banning the discussion in school. It is unfair when this theory is a very real reality and one that we’ve seen become more apparent in recent years.

What is the Critical Race Theory?

The Critical Race Theory focuses on the way that race is a social construct to further divide the people, specifically between white people and POC. Sociologists in particular have further examined this theory and the way it fuels our society. Being that race is a social construct, institutions have this embedded systemic racism in which they treat POC poorly vs. white people. According to the editors of Encyclopaedia Britannica (2021), “race… is [a] socially constructed (culturally invented) category that is used to oppress and exploit people of colour. Critical race theorists hold that the law and legal institutions in the United States are inherently racist insofar as they function to create and maintain social, economic, and political inequalities between whites and nonwhites”. Examples of systemic racism and how white people benefit off it is that when it comes to the justice system, a cop will believe a white person as opposed to POC and even put the blame on POC as if they committed a crime. In America, we’ve seen the different ways whites and nonwhites, in particular Black people, have been treated and the way race is such a main reason. Political inequalities manifest in the U.S through voting rights, the populations of areas where you can vote, and incarceration. POC are often turned down from a job position if they have a criminal background; this ties into economic and political inequalities because most POC don’t have the access to resources to further provide them with a stable lifestyle. Most low income neighborhoods have schools that don’t have the economic means to make sure each teacher has adequate help for their classroom and paychecks. Also, schools in these neighborhoods have outdated information and not enough to attend to the needs of each student.

The Importance of the CRT

The CRT is important because it takes us one step closer to understanding the way our society works. When we are able to digest information coming from a non-biased point of view, we are able to see how it becomes tangible when we see the systems at hand. The Critical Race Theory further perpetuates the idea of how this country was not made for POC and the power and privilege that white people have to not have to face the same challenges as a nonwhite person. It is critical that we as individuals separate from thinking about ourselves and start thinking about other people and the way we exist. Increased awareness can lead to positive change because now we can change the very system that dictates human life and dismantle the system. We must unlearn and relearn the ideals that continue to put POC as outcasts and make them out as the “threat”. Positive change can lead to reforming in all three capacities, economic, political, and social, so that equity can be achieved.

Society and Its Norm

Society has conditioned us to have the mentality of birds of a feather, flock together in the sense that once someone or something is pointed out, it is almost our second nature to agree and have that be the conclusion. However, that is a very dangerous mentality because it can cause harmful effects. When we look at deviance and the way whenever we see something not of “the norm”, we want to outcast it. Society has a strong hold on individuals and what we accept/don’t accept, what’s normal, and even our ways of thinking. We’ve conditioned ourselves to accept the way of life if it doesn’t directly affect us. It is easy to say if you get a degree and work hard, you’ll be able to attain everything you desire. However, what is not mentioned is where you grew up; is it easily accessible for you to have help in certain cases, does your school provide resources for your child, and do you have the money to even go to college? Society expects you to make something of yourself, not taking into account the different backgrounds you come from and the way they affect how you must work around those obstacles. According to Conner (2021), “[Critical Race Theory] helped them to make sense of what they saw happening in their communities. More significantly, it prompted them to consider how they could disrupt the spiral, both individually and collectively. Rather than seeing themselves through the binary lens of victim or oppressor, they adopted identities as change agents, committed to institutional and societal reform.” This is why it is important to change how society functions because when you shake the room and individuals learn how certain influences narrate their lives, they can be in control and dictate for themselves.

The Ban of CRT in States

The ban of the CRT in states is very unfortunate and highlights bigger issues. It’s so easy to run and claim, “well, it goes against our freedom of xyz”, but what we have to really ask is “do I feel attacked?” because the CRT is beyond us as individuals; it is looking with a different lens at our country as a whole and the power it holds towards marginalized groups and the way we exist in spaces. According to Sawchuk (2021), “Much of the current debate appears to spring not from the academic texts, but from fear among critics that students—especially white students—will be exposed to supposedly damaging or self-demoralizing ideas“. It is important to remind ourselves that the CRT isn’t a direct attack on you as an individual. It is more so focusing on societal conditionals and normalcy and the effects it has on nonwhite people. The power and privilege that exists with white people in being able to maneuver between institutions and systems without facing the same obstacles as others are key. Nonwhite people have to deal with the systemic racism that is rooted deeply in this country.

Society is a Thunderstorm

I believe it is a dishonor to students to not teach them about the CRT when we’re such a diverse country, even though we’re faced with moments of racism and sometimes a divide in what is best. It is important to teach current events, laws, and theories that can be related to and expose children to the world around them. It is important that we do not stay ignorant on such topics forever because there is information all around us, and the CRT opens up space for conversation on what is happening and what can be changed. Education is such an important tool because conversations can occur, and you are able to shift the narrative. However, the correct education is even more important because history leaves out important events, and when discussing topics such as the CRT, it is important to be open-minded and make the connections of why you’re teaching this and the effects it has as a whole. According to Camera (2021), “the state education commissioner must withhold state funds if a public school ‘knowingly violates’ the ban on teaching 14 different concepts that the Republican-controlled state legislature concluded are divisive – concepts that range from discrimination to privilege to racial bias to the idea that ‘all Americans are not created equal.'” Ego and power are two serious things, and whenever we feel personally attacked by something that falls on a larger scale, we react on impulse, and these bans on the CRT are exactly that. Bans acted upon impulse and feelings of being attacked.

I believe that the CRT theory should not be banned and should be taught in schools. Especially with what has happened in 2020 specifically, with the death of many black individuals such as Breonna Taylor, Ahmaud Arbery, and George Floyd, which sparked an outrage all over the world, and the way the bandaid was ripped off for everyone to witness that what has occurred last year isn’t anything new. As a society, we must do better, and schools and teachers need to be educated that this is bigger than them as an individual. The Critical Race Theory depicts a very real reality that marginalized groups face in each aspect of life. According to King (2021), “Miseducation seeks to transmit the racial status quo and not transform knowledge that enhances equitable and democratic learning.” This gives more reason as to why the Critical Race Theory is important to continue because multiple perspectives must be shown. Students should understand and critically think for themselves once given the proper information.

Disclaimer: The views and opinions expressed in this article are those of the author and/or student and do not necessarily reflect the official policy or position of United 4 Social Change Inc., its board members, or officers.
Tags:Critical Race Theoryeducationmiseducationoppressionracismschool systemschoolssystematic racismUS History

Amy is 19 years and is currently a junior at City College of New York. She plans on becoming a social worker for the foster care system and a therapist. She is constantly finding new ways to both question and challenge societal norms. She enjoys learning new information and believes knowledge is power. She strives to become her best self. 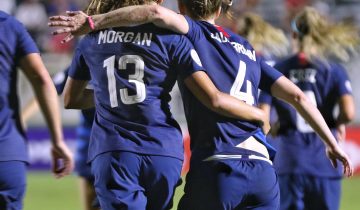