You all may have heard of the phrase, “the rich just get richer and the poor just get poorer.” This is more than just a saying in the case of Pakistan. The situation in Pakistan and endless list of problems do not originate from the people at the lower part of the pyramid, but rather, it can be accredited to those at the top, the leaders. Corruption, a “spoils system” and a lack of strong leadership have led to an absence of trust between the government officials and the citizens. After years and years of this, the Pakistanis have become resentful towards their government and, unfortunately, have lost a lot of their motivation to help their country. In a 2011 Gallup Poll, 81 percent of Pakistanis felt that government corruption was “widespread.”

At the bare minimum, the police have little to no authority over the civilians especially in the regions that are wealthier. Bribes are very common when it comes to getting out of trouble and escaping the law. Transparency International’s Corruption Perceptions Index covers “abuse of power, secret dealings and bribery.” On a scale from 0 (“highly corrupt”) to 100 (“very clean”) Pakistan scored 28. This number is very high compared to other countries and one of the lowest in the world. Without proper law enforcement officials, it is very difficult to ease the social tensions present in the country. As a result of this, crime rates have gone up fostering an unsafe, violent atmosphere.

Besides the fact that the government does not provide essential components such as law enforcement, it has a dearth of proper funding due to these corrupt authority figures. Taxes are not imposed or properly collected. The Federal Board of Revenue of Pakistan failed to meet its target by $8 billion dollars. A huge portion of the Pakistani population lives under the poverty line who do not pay taxes and, at the same time, the rich exhibit tax evasion. On the other hand, this burdens the middle class to a great extent and are forced to make up for the tax revenue deficit.

But enough of just ranting about the state of taxation in this country; we need to stop this. Pakistanis are already beginning to call for justice and putting an end to this immoral practice. The initial stage of helping out is increasing awareness. Be an activist. As we know, just informing people of their leaders and educating them of their government can help to some degree.

Corruption has integrated itself into the lifestyles of politicians and has begun to deprive the rights of individuals and prevent the socio-economic growth of the country. To end this, we need the financial and treasury to be accountable for themselves and independent of outside influence. Secondly, these groups need to change their intentions on focusing on the betterment of the country itself, rather themselves. This area is very difficult to resolve but can be reduced in the long term if the Pakistani people impel it.

Disclaimer: The views and opinions expressed in this article are those of the author and/or student and do not necessarily reflect the official policy or position of United 4 Social Change Inc., its board members, or officers.
Tags:aruba asadcorruptioneconomicshuman rightsincome inequalitypakistanpolitics
Previous post 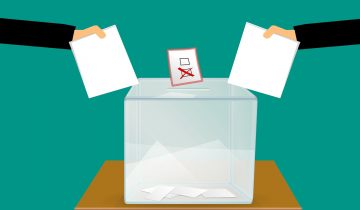