All around the world, it is known that police are put in place to control crimes and protect citizens, but sometimes, they contribute to the demise of the very society they have been sent to protect. Such demise can be seen in the US in recent years; we have been seeing a lot of the police (mostly white cops) using much violence when dealing with people in the black community.

Now, people are divided on the matter because some argue that the police are not using violence against only black people, or that their violence is because of the lack of proper training. Whilst these claims might be true in some cases, from the patterns we have seen, we all must consider the fact that some of these cops might be targeting the black community because of already perceived stereotypes or out of racism.

The Case Of George Floyd

By now, everyone knows about this case. It is a widely known case that sparked angry protests across the country and even worldwide. On May 25, 2020, a 46-year-old black man was arrested by the Minneapolis police for using a counterfeit bill to pay for a cigarette he bought. Being arrested for his crimes was not a problem, but the problem came about when about 17 minutes after the cops went to arrest Mr. Floyd, it was reported that he was dead. The situation was confusing to people watching the news, and the situation became much more shocking when videos people took and bodycam footage from the police surfaced. From these recordings, we saw Mr. Derek Chauvin kneeling on Mr. Floyd’s neck, who was pleading for him to stop because he could not breathe. All his cries went ignored until he passed away.

This case was very shocking to everyone because why do the police handle someone so aggressively when they are not even resisting arrest? Why do they not listen to the person’s desperate cries of not being able to breathe? Some might say, “Oh, he committed crimes in his past too”. Okay, he did, but he went to jail and was trying to get better, and his past does not necessarily justify his present actions. For officers, there is no situation where a citizen’s life should be treated so carelessly. No amount of crimes committed deserves the kind of treatment George Floyd received leading to his death. From this, we had to consider that this was not a situation of the police officer not knowing the proper way to go about the situation, because even we, as citizens, knew that it was not the correct procedure to go through for an arrest. Knowing this, it only comes down to the stereotype black people face that they commit many crimes and deserve harsh treatments, which should not be true.

Despite the alarming rate of black people killed by police, some would argue the rates that people of the black community are being killed do not surpass that of other races, but statistics show something different. From 2014 onwards, there was a huge rise in the police force shooting black people. In the first 6 months of 2021, out of 440 civilians who were shot by the police, 74 of them were black. A lot of shootings happened in 2019 and 2020, and from statistics, it can be seen that the rate at which black people were shot was much more than for all the other races, recording about 36 fatal shootings per million of the population whilst Hispanics, the second highest, recorded about 27 fatal shootings per million as of June 2021. Looking at these numbers, we can draw the conclusion that amongst all of the police violence committed, the race targeted the most was and continues to be the black community because of pure racism or the perception that black people are aggressive and therefore meant to be handled with force and violence.

Training Of The Police Force

Police training usually takes 17 weeks for entry level positions, and could last up to six months. They are trained to deal with a lot of situations like arrest.

The police are not meant to use force when not needed. They only use force when the person resists arrest. In George Floyd’s case, they were able to pin him to the ground and he was not resisting arrest. The police were allowed to use neck restraints as a form of a “non-force” option, meaning they could restrain a culprit by putting “light” pressure on the neck to prevent them from resisting arrest, but in George Floyd’s case, Mr. Chauvin, the police officer restraining Mr. Floyd, purposely held his knee to Mr. Floyd’s neck. We can only imagine the amount of pressure he applied for Mr. Floyd to have been complaining of not being able to breathe. As an officer, even if the person is a culprit, you must guarantee their safety no matter what. So, for the officer to disregard the possible risk to the culprit and still apply pressure on his neck for about 8 mins leading to Mr. Floyd’s death, is inexcusable. We have no choice but to make a conclusion that the death of Mr. Floyd was not a result of improper training, rather, that Mr. Chauvin did this out of disregard for Mr. Floyd’s safety and due to a pre-determined stereotype that black people are to be handled aggressively, because they are “thugs”, and might have a weapon to cause the police officer harm. This notion is purely wrong because there is a whole variety of black people and one cannot assume their character based on their race and the people, no matter what race, should be able to entrust their safety to police officers without fear of becoming a target of the same people that have sworn to protect them.

For these careless killings of black people to be minimized, the police will have to be held accountable for their actions, as the former officer Derek Chauvin was relieved from his duties and recently sentenced to 22.5 years in jail. Although Mr. Chauvin is being held responsible for his actions, this only took place after countless protests broke out for the government to act and that should not be the case. The government or police departments should put laws in place clearly stating that a possible target killing, or careless killing, will be punished by jail time and being relieved of duty. Transparent laws are needed to ensure the police force focuses on their job and not discriminate based on people’s race. Additionally, their training could be longer and more detailed before being allowed to join the force. In doing so, if they “commit a mistake”, we can know that the chances of it being so are slim and give out punishment when it is due.

People think that the case of George Floyd would have taught the police force how to handle matters, but instead we have continued seeing a rise in police brutality towards people in the black community. I think the only way this can be reduced is if the government makes it clear that these police officers would not go scot-free when they kill a person out of hate or out of disregard of a person’s safety and that they will be held accountable in all counts of the law.

Disclaimer: The views and opinions expressed in this article are those of the author and/or student and do not necessarily reflect the official policy or position of United 4 Social Change Inc., its board members, or officers.
Tags:Black Lives MatterBLMGeorge Floydofficerspolice brutalitypolice corruptionpolice reformracismsystemic racismviolence

I am a 20 year old about to be a junior in University. All my life, I have been drawn to humans and their problems(mentally) and with that passion, I sought to either be a clinical psychologist or a counselor. I am a person who is interested in helping people cope with their problems. Apart from this, I do love to sing as a hobby and sometimes draw too. 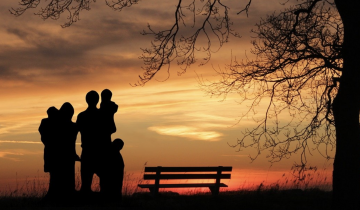