The Rise of the “Manel” and the Solution

Here’s a riddle: What do the 2016 Finnish Medical Convention, the 2016 Scientific Software Days Conference, and the 2015 meeting of foreign ministers to speak about the Syrian Refugee Crisis all have in common?

Every panel at these events only included cis-men speakers.

The lack of gender diversity at these conferences is no anomaly: in fact, it has become quite the norm. Many conferences, especially ones having to do with technology and science, have featured an overwhelming majority of male speakers. Even at worldwide conferences like the Paris Climate Conference, only 16 out of the 58 speakers were women. We know there are many professional women who are qualified to speak at these conferences, so why aren’t they featured?

Especially in the STEM field(s), gender diversity is growing. Women are more willing to enter STEM now, and about 24% of mathematics PhDs granted over the past 25 years have been to women. This should mean that there are at least a couple women on math and science panels, if not a majority. In fact, mathematician Greg Martin spent years studying gender diversity in conferences and subsequently developed a formula to find out how probable it should be to have women speakers at a conference. He calculated that, at math conferences with over 10 speakers, there is a less than 5% chance that all of them should be men. So why are we still seeing a conference world dominated by men?

Because it is practically statistically impossible for men to dominate every single conference panel, we must look into the ways in which conferences have been able to prevent diversity for so long. Panels often claim that women drop out, or aren’t able to make it to conferences. However, even in the conferences where women miss the conference, there is still a large problem: the conference only hired one woman to speak in the first place. How can a 1:6 ratio of women to men be considered fair or diverse? Hiring a “token woman” to represent an entire group is unfair when you have up to 5 times more representatives of another group. Especially in diplomatic settings, a lack of diversity can have serious effects and repercussions for those both inside and outside of conferences.

A lack of diversity in conference panels can have large impacts on those attending conferences. For example, imagine you are a young woman at a science conference, looking to gain new insight and knowledge. You listen to all the speakers at the conference, but because of the lack of diversity, feel you may not have a future in the industry. Therefore, you become discouraged, perhaps even to the point of refocusing your career efforts to another sector. This mindset creates a cycle – when we have no woman role models, young students aren’t encouraged to go into STEM fields, and therefore there is an even bigger lack of role models for young girls. This allows patriarchy and misogynist sentiment to continue in academic spaces. We need to view women as being just as capable as their counterparts, and subsequently include them, to create positive role models and change in diplomatic and STEM fields.

The analysis made in the article above begs the question: what can we do to help? Luckily, blogs like “Congrats! You Have an All Male Panel” are more than willing to call out panels that lack diversity in an entertaining way. However, blogs and news articles can’t do much to materially improve conditions for women speakers looking to get hired. Men who are hired to speak on panels should constrain themselves from accepting the invitation until they are assured there will be a fair balance and plenty of diversity at the conference. Websites like The Pledge offer this service for male speakers: over 400 men have already signed the pledge to not speak until they are sure there is equal representation. This, along with rigorous education, is the best hope we have for a better future for women speakers – and the young students they inspire.

[Image Attribute: Clker Free Vector Images ]
Disclaimer: The views and opinions expressed in this article are those of the author and/or student and do not necessarily reflect the official policy or position of United 4 Social Change Inc., its board members, or officers.
Tags:conferencesEqualityfeminismpoliticsrepresentationscienceSTEM
Previous post

Food is Power: Embracing Body Positivity Through a Love for Food 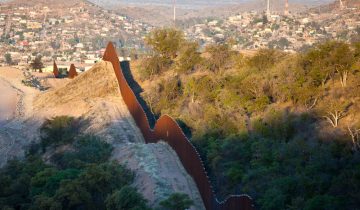 Migrant Children Are Still Being Separated