The Rise of Social Change

Despite the COVID-19 pandemic locking most people indoors, there has been an explosion of social movements from the start to the end of quarantine, beginning with the resurgence of Black Lives Matter, protests against police brutality, LGBTQ+ advocates, and social media activism. But one of the newest and most shocking was the rise of the “Free Palestine” movement, a social advocating for the human rights of Palestinian citizens and for the Israeli government to stop exercising its authority on Palestinians. The rise of Free Palestine was accompanied by a declaration of solidarity from Black Lives Matter who see both of their struggles as fighting against an oppressive system and apartheid state. This solidarity between the Free Palestine and BLM has caused controversy as the basis of their solidarity has been called into question by others who argue that there is no common cause between the two movements since BLM is about racial injustice and Free Palestine is a territory dispute. Despite the argument that these two movements have no common cause, it is clear that there is common ground because both movements are rooted in the fight against oppression and racism.

The Cause for The Conflict

Free Palestine was born out of the Israeli-Palestinian conflict in the Middle East. The conflict is a bitter struggle over land and territory and recognition of who has a right to the land. The summary of this conflict is that, in the early 20th century, Jewish people wanted a national land of their own since they were tired of being persecuted everywhere they went, and the land chosen was also home to many Arabs at the time. Both sides viewed the territory as their own and as tension grew, Britain pledged to build a homeland for the Jewish people, Israel, and the land left for the Arabs, Palestine. The UN drafted plans on how to evenly split the land, but this plan failed, and several wars were fought to gain control over the territory by both sides. Now Israel has control of most of the territory, leaving small pockets of land for Palestinians. But even the land under Palestinian authority is subjected to Israeli occupation and many Palestinians on Israeli settlements are treated as second-class citizens. In fact, the Israeli government has been exercising its authority over Palestinians to oppress Palestinians, denying their rights, forcing them out of their homes, and using violence to force their compliance. “Free Palestine” was a movement that began in Palestine and the surrounding Arab nations to protest the treatment and oppression Palestinians faced at the hands of the Israeli government beginning in 2003 to the present.

The Modern Movement for Free Palestine

But the Free Palestine movement is no longer based just in Palestine; it has gained international traction and the now global social movement has placed a spotlight on the injustice that has occurred between Israel and Palestine. The recognition of the movement came from an unexpected tragedy. In May 2021, a series of airstrikes broke out between the Israeli army and Palestinian militant groups, resulting in the Israeli bombing of the Gaza strip, killing many Palestinians and injuring others. Clips of the attacks both during and after the bombing went viral on social media for the brutal images and heart-wrenching suffering of those caught in the assault. Many people were outraged at the actions of the Israeli government and a new wave of support came to the Free Palestine movement, pushing it into the public eye as more people joined. It modernized the movement and more importantly, brought young activists into the movement who used social media platforms to boost awareness of what was occurring in the Middle East.

The Solidarity Between BLM and Free Palestine

However, what is truly unique about the Free Palestine movement in comparison to other modern-day social movements is the unexpected solidarity that formed between it and the “Black Lives Matter (BLM)” movement. BLM is a long-standing socio-political movement in the United States that protests racial injustice, violence, and systematic racism against black people. It is mainly used in the context of police brutality, staging protests against the deaths of blacks under the hands of the police and demanding criminal justice reform. Its resurgence during the COVID-19 pandemic came from the death of George Floyd by police officer Derek Chauvin and it has since remained in mainstream media. But this time, BLM is in the public eye for its declaration of solidarity with the Free Palestine movement and Palestinians.

BLM has allied itself with Free Palestine and the liberation of Palestinians, taking on its cause as its own. Black protesters have reignited the long-standing but idle solidarity with Palestine in current times. They have publicly made it known that they side with Palestinians and recognize their struggle as their own, taking to social media to announce their support. They have railed against the anti-Arab racism present in Israel’s actions and denounce it alongside anti-Black racism. And as many people are pointing out, Israel is making the choice to oppress marginalized people through the use of apartheid, the same actions that have been taken to subjugate Black people in history. The parallels between what has happened to Black people in the U.S. and over the world and what is currently occurring in Palestine are uncomfortably, unsettlingly similar.

The Backlash of This Solidarity

However, many people argue that there is in fact, no common ground between Black Lives Matter and Free Palestine and that the solidarity between the two should be revoked as it is based on a fundamental misunderstanding. The misunderstanding being that the oppression of Palestinians is due to a territory dispute, not racial injustice. They view the alliance between the Black Lives Matter Movement and Free Palestine as having no basis and that BLM is merely inserting itself into causes it has no place in being in.

Supporters of Israel and Jewish communities view BLM as joining Palestinians because they see Palestinian oppression as the result of racial injustice—and they deny that this is a racial issue. They have especially taken offense to the language BLM has used to describe their solidarity since previously, BLM had used the term, “genocide”, to describe what is happening in Palestine. They argued that if BLM had allied itself because both groups experienced “genocide” then there was no basis for their alliance since genocide is the killing of a group based on their ethnic or racial identity, and the violence aimed at Palestinians is not due to racism or their identity but rather over territory.

Many Jewish and Israeli leaders continue to deny the racial implications of the violence in the state of Israel and refuse to recognize the anti-Arab racism implicit in the policies and laws of Israel. They condemn BLM for their position and argue that the idea that Israel is committing genocide and is apartheid is false and to use it as the foundation of their solidarity is flawed. Israel itself has denounced the claims of its treatment being based on ethnic or racial identity and has dismissed all other arguments as “propaganda”. The tensions between the two groups have risen to extreme heights as debates continue.

The Truth of the Solidarity

Regardless of the claims that BLM has no right to insert itself in the conflict, there is a clear and obvious overlap between BLM and Free Palestine. The overlap is not just in how both groups are being oppressed—through military and police action, through state law and policy, through the attitude and culture present in Israel—but also the reason. The claims that ethnic and racial identity is not motivating the Israeli government and it is merely the enforcement of territory is a cruel undermining of Palestinian suffering. To deny the racism present in Israel’s violation of human rights is to dismiss the unnecessary brutality that Israel has inflicted. Today’s Black protesters and activists have been able to see past the initial smokescreen of the Israeli-Palestinian conflict to see the same systematic denial of rights that has plagued them for so long, being used against Palestinians.

The BLM and Free Palestine solidarity has shown that forms of resistance can overlap and interconnect. It has ensured that both the movements and the issues they are based on remain relevant in media. The solidarity between the two is benefiting both sides by addressing the global systematic racism that is present in the oppression of both groups, and this solidarity needs to be protected and supported through continued engagement in the media. This can be done by advocates taking a more active role in discussions in mainstream and social media to promote the solidarity between the two movements. The discontent from Israeli supporters claiming that there should be no union between BLM and Free Palestine needs to be shut down by public support for the union.

And public support is present. More and more U.S. citizens are protesting U.S. government aid given to the Israeli military and even lawmakers have come to speak out against Israel’s actions. New movements, such as Boycott, Disinvestment, and Sanctions (BDS), have gained traction in their efforts to defund Israel through using non-combative pressure. The momentum formed by the union of BLM and Free Palestine has created real change in reality that is being felt by both sides. To claim there is no basis in the solidarity is to deny the power of this solidarity. Both BLM and Free Palestine must continue to work together in their fight against systematic oppression and liberation.

Disclaimer: The views and opinions expressed in this article are those of the author and/or student and do not necessarily reflect the official policy or position of United 4 Social Change Inc., its board members, or officers.
Tags:ActivismapartheidBlack Lives MatterBLMfree PalestineisraelIsraeli crimesjusticemilitaryNo Justice no peaceoppressionpalestineProtestracismsocial change

Hello, my name is Maisha Ahmed, a rising sophomore in college, majoring in Forensic Science. I was born and raised in a Bengali-immigrant household and have one younger brother. I am passionate about a lot of different things but mostly I am excited about learning anything new or niche topics from genetics to government policy to obscure crafts. I am excited to develop my skills over the summer and progress in my own career. 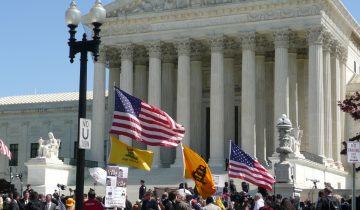