Conservatives love to talk about being “pro-life.” By that, they mean that they are opposed to abortion (The partisan gap in views on this issue is wider than ever.) Republicans claim that abortion is murder. I strongly disagree with that view, but I respect their stance; people are free to disagree on controversial issues. That is, until their hypocrisy is made clear. While conservatives claim to be “pro-life,” they are opposed to life on most issues, namely access to health care, gun regulations, capital punishment, and COVID-19 restrictions and vaccines.

Republicans, it seems, are opposed to the government paying for health care. Many are quick to decry plans for universal health care as “socialism.” The existing system, far from providing universal coverage, is also not spared. In 2017, Republicans nearly succeeded at repealing the Affordable Care Act. They first tried to replace the program with a much smaller one. When this failed, they attempted to repeal the ACA without a replacement. If they had succeeded, 16 million Americans would have lost their health care coverage. But, thankfully, they failed. Republicans later succeeded at disarming the individual mandate — a key component of the ACA — with the Tax Cuts and Jobs Act of 2017.

In short, the right’s view is that “People Don’t Have A Moral Claim To Social Welfare” or a “Right To Health Care.” So I guess people don’t have a right to life?

In GOP Land, you are at the mercy of more than whatever health issues might come your way. You are also at the mercy of your fellow citizens, all of whom have guns, which they can carry without a permit or training, as a new Texas law shows. From gun handouts (!) to claiming that guns make people safer, Republicans have made their view clear: unlimited Second Amendment rights are more important than the right to, well, not be shot. And it seems as though no number of mass shootings or even school shootings can change that— time after time, in the wake of tragic shootings, Republicans have blocked common-sense gun regulations. Conservatives, it seems, aren’t pro-life when it comes to gun violence.

Republicans also support capital punishment. They claim that it is necessary to “bring closure” to victims’ families. But the opposite has been shown to be true — family members of murder victims are often vocally opposed to the death penalty. Yet former President Trump rushed to, well, execute federal executions in his last days in office, with the knowledge that the incoming Biden Administration would put a stop to them. So abortion is murder, but lethal injections aren’t?

On top of all of this, many members of the Republican party seem to want people to die from COVID-19. Many oppose masks. Many more, too. And did I mention more? They are also opposed to other regulations, such as lockdowns to prevent the spread of COVID. Oh, and some are opposed to vaccines. All in all, conservatives over the past year or so have put making political statements about mask mandates, shutdowns, and vaccines above the lives of their own supporters.

Remember, everyone, you have the freedom to not wear a mask, not get vaccinated, and own a gun without a permit. We’re going to kill criminals and let you die from disease without access to affordable treatment. You are free, citizens! Free from socialism, free to do whatever you want, like, say, get an abortion, right? Nope. Before you are born, your life is sacred. But the minute you emerge from the womb, who cares?

Perhaps, if Republicans really want to be “pro-life”, they should reconsider their positions in other areas. They could support life by supporting health care for all. They could protect lives by agreeing to common-sense gun regulations. They could save the lives of inmates on death row. Or they could save the lives of their own supporters by promoting COVID-19 regulations. Differing views are fine — in fact, they are an essential part of a democratic society — but this hypocrisy is unacceptable.

Disclaimer: The views and opinions expressed in this article are those of the author and/or student and do not necessarily reflect the official policy or position of United 4 Social Change Inc., its board members, or officers.
Tags:abortionCapital PunishmentcovidCOVID-19death penaltygun regulationGunshealthcarehuman rightspoliticspro-choicepro-lifeReproductive rightsRepublicanrepublicansrights 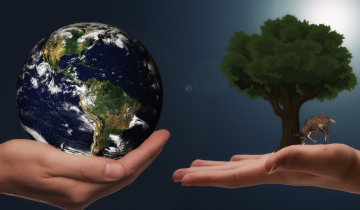